Pinter Caipo is the result of a merger of these two companies. Pinter is based in Spain near Barcelona and Caipo is based in Italy near Biella.

In the Slub area, Pinter Caipo is supplying equipment for ring frames and OE machines to produce: slub yarn, multicount/multitwist, and Injected slubs.

In the monitoring area, Fani is supplying online monitoring systems with its own software for ring frames, elastomer and filament detectors as well as roving stop devices.

Pinter Caipo Fani has agents and technical service all over the world. If you want to learn more about us, please visit us at www.pintercaipo.com. 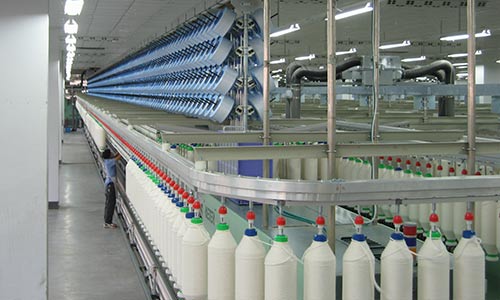 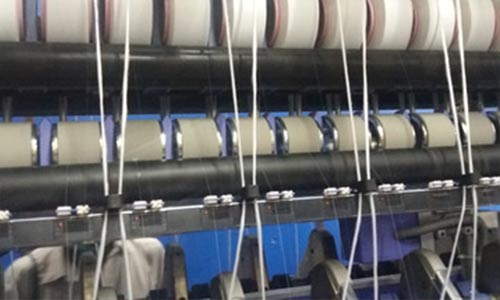 The company FA.NI has been present in the textile automation and control industry since 1975. The vast experience which the company FA.NI has gained as a result of its direct involvement in the problems of the textile industry, its constant research, the flexibility and adaptability of its products and its ability to satisfy the specific requirements of its customers has made it possible to FA.NI to install hundreds of thousands of devices all over the world.

The Main Products in which FA.NI produce are as follows:

We are sole distributor of Fa.ni Pinter Group in Pakistan. Learn more about Fa.ni Group 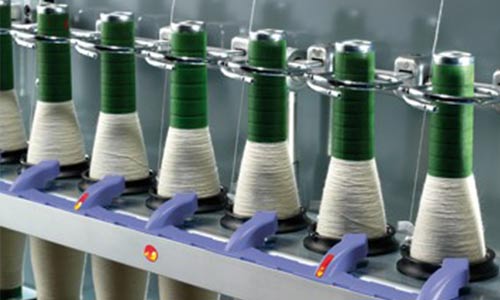 ARGUS FIRE CONTROL is the leading manufacturer of automatic fire protection and metal detection systems for the textile and non-woven industry worldwide.

Our advanced high speed systems detect any metal or spark in less than 50 milliseconds and extinguish or divert them to protect the production process.

Our systems are installed on all types of textile production machinery and filtration systems.

THS Detectors allow the interception of magnetic and nonmagnetic metals, including high-resistivity stainless steel.
An automatic tracking function cancels out any variation in product effect caused by the product under inspection.

The THS Metal Detector’s wide bandwidth allows maximum sensitivity operation at both high and low transit speeds. This line of metal detectors has been adopted by the leading companies in the food, chemical, textile and pharmaceutical fields. 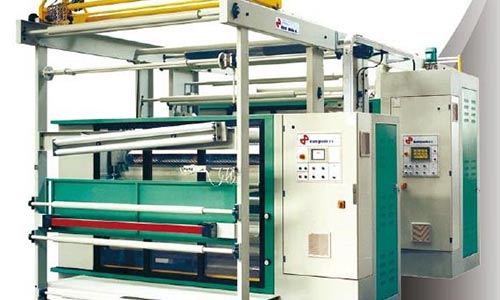 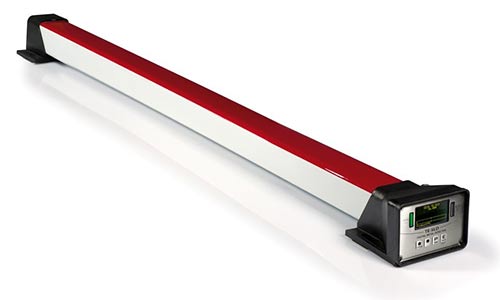 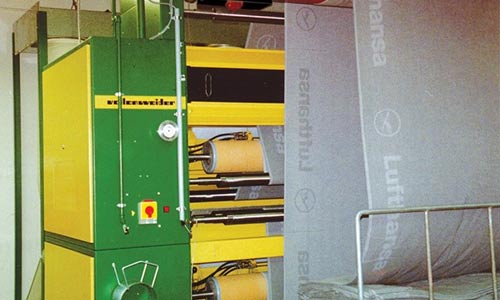 The company Martèl s.r.l. is currently the Italian leader in air treatment technologies applied to all TEXTILE processes where rigorous control of temperature, humidity, and dust filtration is required.
Martèl is the biggest Italian company in the production of air handling quipment for textile factories.
Martèl was born from the reorganization of the company IVS (Idrotermica Valle Seriana s.n.c.) that was Founded in 1966, boasts in his background experience of over 46 years

The origin of the name Martèl

Martèl's name is inspired by the historical roots of the family Bertocchi, in fact,Martèl is the nickname used in our village to identify the descendants of Francesco Bertocchi son of Antonio that everyone knew and call him Martèl because he plays the famous hammer bells of the village.
(hammer in our dialect is Martèl)
A trace of these sources was discovered in an old article appeared in the September issue of the
magazine's 1935 "La val Gandino", where in particular was shown the text of the letter written "by
the Martèl". QUALITY CERTIFIED SINCE 2001

• Year 1966: Formation of the company called "IVS s.n.c." of Franco Bertocchi & C., with business premises in Gandino (BG), Via G. Nosari, 18
• Year 1986: Conversion of the company under the new name of firm "Martèl s.r.l."
• Year 1989: Development of the business wealth with the formation of the property and finance company of the Franco Bertocchi family, under the firm named "LA META s.r.l."
• Year 1990: Business development with the formation of an associated company, for the management of the technical and sales division "Martèl ENGINEERING s.r.l." (now absorbed in the main company)
• Year 1997: Business and production expansion in Mexico with the formation of the branch office “AERO TEXTIL MEXICANA S.A. DE C.V."
• Year 2002: Opening of the new factory in Casnigo (BG) Italy.
• Year 2005: Expansion of the commercial investments in south-America, starting new activities and relationships in Brazil, Colombia, Peru and Argentina.
• Year 2011: Thanks to our 45 Years of honesty and quality, our products have been purchased (directly or indirectly) by some of the biggest companies in the world: PETROBRAS – ENI – SIEMENS – GENERAL MOTORS – FIAT – IVECO . 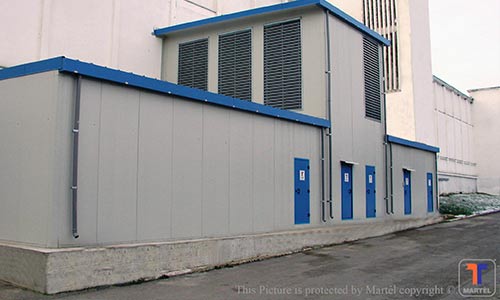 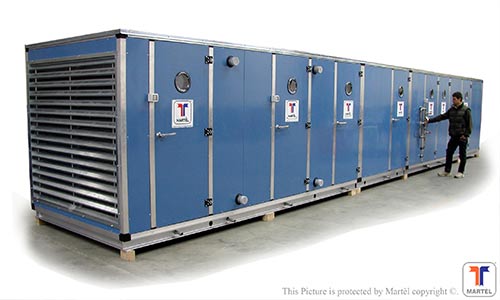 POZZI LEOPOLDO has been manufacturing textile machinery since 1885: a long history of expertise and professional service backed up by a constant search for innovative technology and state-of-the-art know-how to guarantee customers over the years dedicated service, maintenance and upgrade of working plants throughout the world.

Well aware of nowadays’ challenges, with a vision of progress that integrates immediate and longer-term objectives, POZZI LEOPOLDO has been among the first machine builders to work towards sustainability, designing and constructing energy-saving products certified by independent national boards.

To allow the shift to a safe and sustainable low-carbon and low-input economy POZZI LEOPOLDO participates in IGATEX, LAHORE 2014 to represent the wide variety of its products, which ranges from dyeing machines to  chemical dispensing systems, from fixing and conditioning machinery to heat recovery units, RCR being the first rotating energy optimizer ever built to successfully recover heat from heavily polluted water effluents, especially designed for the textile industry, but practically used anywhere there is a discharge of dirty hot water and the will to recover otherwise wasted heat.

Find out more about POZZI LEOPOLDO Srl in our websites www.pozzi.it and www.pozzienergy.it 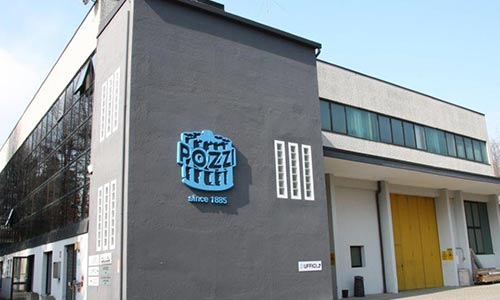 Jeanologia is the world leader in sustainable and efficient finishing technologies for textile, coding, packaging, and other industrial applications.

We have succeeded as a team of designers and engineers, researchers and economists, all working together for developing technologies that will change industries and will save people’s lives.

“What matters is not only the product itself, but also the way in which it is made, how it is produced.” 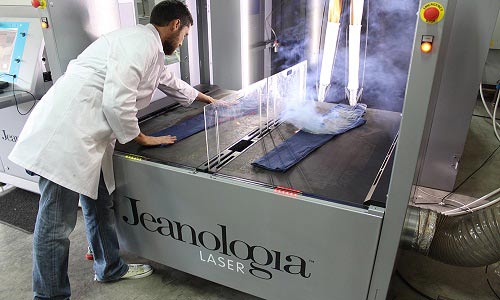 Compact Spinning System
Can be applied to both new and old machines. It can reduce fibers exceeding 3mm by 70% and increase single strand strength by 10%; Uster parameters improved significantly. We sold more than 1000 machines (about 0.5 million spindles) last year.

More than 40 years experience in the field of roller-coverings stand for Just Quality.

Our commercial vacuum cleaners and products are currently being used successfully in an equally wide range of industries including: 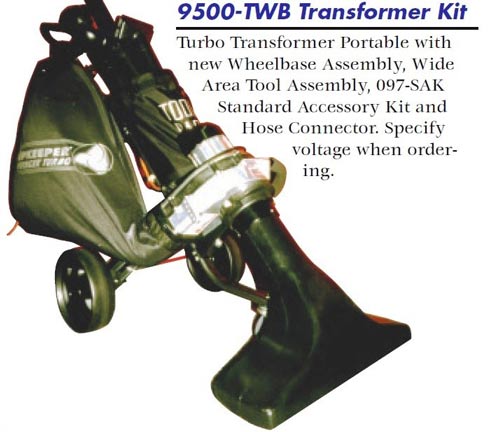 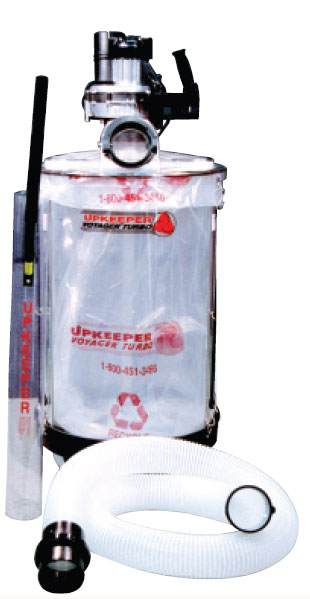